Are you a glass-half-full or half-empty type of person? If you are a consumer of economic news, you cannot be blamed for diminished optimism of late. But a closer look at the data shows a rosier picture; you just have to want to see it. The news headlines were dominated recently by announcements of layoffs at some of the biggest tech companies like Meta, Amazon, and Microsoft. But jobless claims last month were only 186,000, the lowest number since April 2022 and below the expected number of 205,000. Weekly jobless claims, those are new claims filed, fell by 6,000. The overall unemployment rate is 3.5%, the lowest rate in 40 years. Orders for long-lasting, durable goods (like automobiles, jet engines, and heavy machinery) were up 5.6% in December. However, the number you need to be cheering for is Gross Domestic Product (GDP), which rose 2.9% in the fourth quarter of 2022, more than expected, and indicates growth in the economy. With everyone seemingly worried about a recession (2 or 3 consecutive quarters of negative growth), it seems that if it does come, and the prevailing opinion among economists is that it will, it appears it will be less severe than predicted.

Even the so-called bad news, like diminished consumer spending, is less severe than predicted by the economists. “The overall decrease in consumer spending wasn’t dramatic, and at the same time, incomes rose, and inflation fell,” said Robert Frick, corporate economist with Navy Federal Credit Union. “Especially if inflation continues to fall at a steady rate, Americans should start feeling some financial relief this year.” This week, we are going to take a close look at the good news in the economy and try and decipher what it means to shipping/logistics. Of course, we will cover the other major news as well.

It Could have Been Much Worse

Former International Monetary Fund (IMF) economist and current Georgetown University professor Jonathan Ostry writes regarding this whole economic period, “there were factors that were not foreseeable in 2021, such as supply chain disruptions related to China’s zero-COVID policy and commodity price increases owing to Russia’s invasion of Ukraine. There were also factors whose impact was difficult to predict with precision—for example, the unwinding of pandemic-era savings, which boosted demand. Economic forecasters, whether at the Fed or at the IMF, are not geopolitical or public health experts, and often the best they can do is to make an educated guess.”

His thesis is that shipping costs, which rose 600% by October 2021 from their pre-pandemic levels, while the cost of shipping bulk commodities by sea had more than tripled, was the “canary in the coal mine” for economists to better predict rising inflation, and they missed it. On the flip side, the sinking costs of container shipping should also be an indication of a cooling economy now.

This economic hiccup does not fit previous ones because the usual suspects were not solely responsible for causing it. Housing is resilient, the job market is steady, and energy prices came down quickly after rising. The glitches seemed to come from supply chain issues, shipping, hyper-economic stimulation, and unexpected/unpredictable events like the pandemic and the geopolitical events in Russia/Ukraine. As a result of the supply chain crisis, government investment in onshoring semiconductor chip production and EV battery infrastructure has helped soften some of the economic blows brought on by inflation. One size does not fit all when it comes to economic situations. There is plenty of good news to be found with the not-great news.

We still don’t know if we’ve bottomed out, nor can we foresee other unpredictable crises. The possibility of the economy entering a recession, at this point, appears not to be a matter of if it occurs but when it will occur. That was a key theme in a session this week at the SMC3 JumpStart 2023 conference held in Atlanta. Brent Hutto, Chief Relationship Officer for New Plymouth, ID-based Truckstop, explained that it is likely there will be some sort of recessionary activity in the economy, most likely because it is probably needed.

Layoffs continue. Uber Freight plans on cutting 150 jobs, according to a recent announcement. Supply chain professionals still feel that the crisis is not over. Diesel prices rose again last week. Despite the fact that most consumers are feeling better about the economy, they are bracing for a possible recession.

It’s fair to say that overall the economy is doing better than expected and that this cycle does not fit conventional economic formulas, but we still have to be vigilant and expect some more bumps in the road before we are fully in the clear.

Notes on a busy week

Last week, The Roundup took a deep dive into the warehouse market. The conclusion was that industrial real estate is still hot and that there are still a lot of deals being made. This past week shows just how true that is. SubZero, the refrigerator company, broke ground on a 1 million square foot warehouse in Goodyear, Arizona. Woodmont Industrial Partners and Butters Construction & Development Co. announced the start of construction on a 250,000-square-foot warehouse in Jupiter, Florida.

Berkeley Partners acquired a 215,000-square-foot warehouse in Mansfield, Massachusetts. Tractor Supply Company, known to be the rural “Home Depot,” opened its largest distribution center in Navarre, Ohio, as the rural lifestyle retailer pursues an expansion of one-day delivery services. The 900,000-square-foot facility, which opened last Wednesday, is expected to serve about 250 stores and fill eCommerce orders for customers in Ohio, Michigan, Minnesota, and other areas in the Upper Midwest. Not to be outdone, home improvement giant Lowe’s has expanded its delivery model to meet demand amid supply chain challenges by opening two local coastal holding facilities.

ITS Logistics, one of the fastest-growing logistics companies in the United States, today announced the expansion of its Midwest headquarters, adding a third warehouse to its existing campus in Whitestown, Indiana, bringing the total square footage to 1.3 million. Bridge Industrial purchased Baxter International’s 101-acre headquarters in Deerfield, Illinois, near Chicago, with plans to convert it into industrial space. Miller Construction Co. broke ground on two warehouse projects in Palm Beach County, Florida. They expect to have 318,000 square feet of space.

The Week That Was 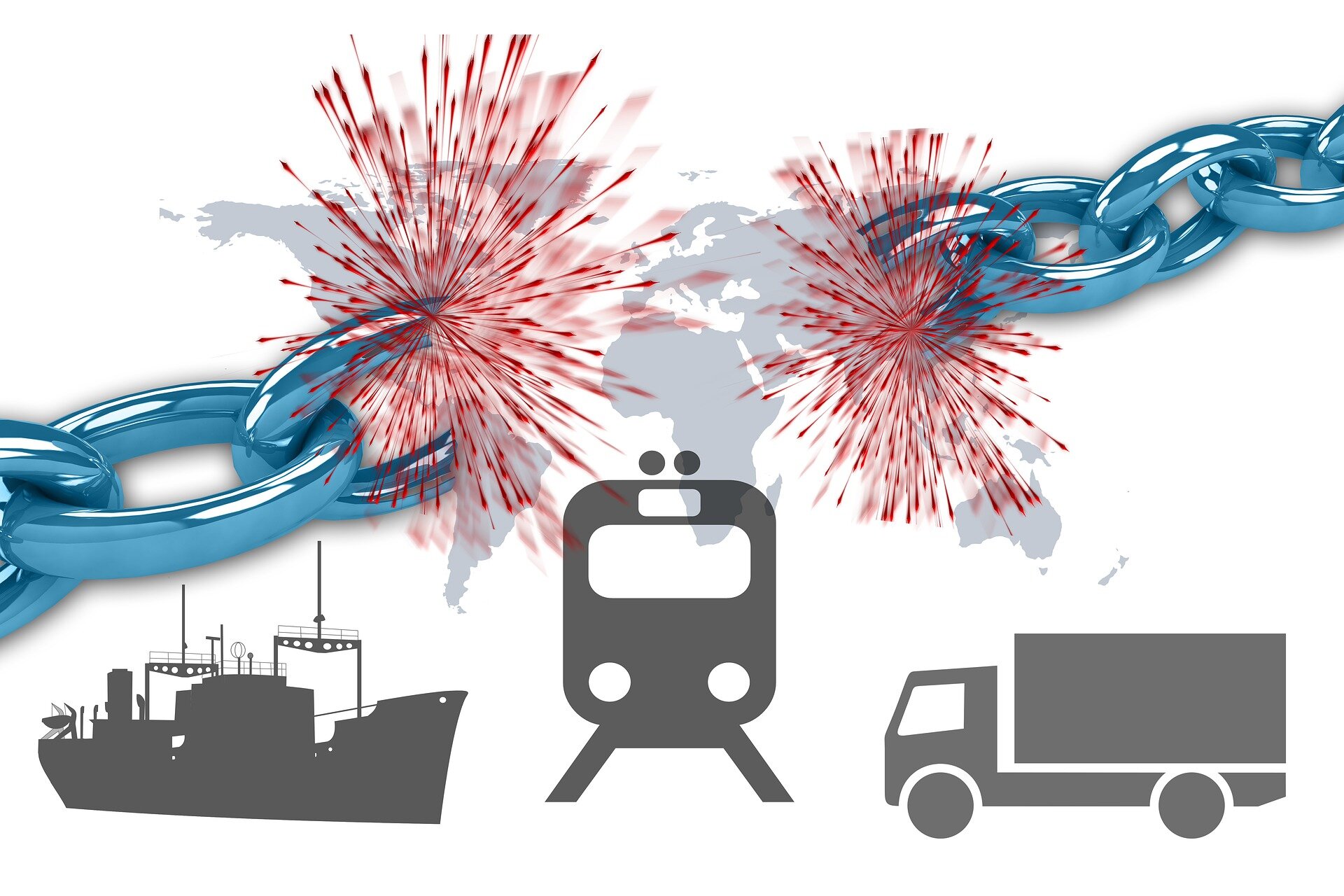 It’s no secret that WWPA was aimed primarily at Amazon. However, Amazon did have a court victory last week. They won a bid to dismiss a proposed class action suit alleging strict production quotas discriminate against older workers. By stating that the action was “too vague,” the judge opened up the possibility of it being refiled at a later time.

Amazon is dealing with a strike by warehouse workers in the UK who claim that “robots are treated better” than they are. California’s Inland Empire is home to one of the biggest warehouse booms in the US, but it comes with health and environmental costs for its residents. Returns are taking their toll on Amazon and parcel carriers.

Have a great week!

Looking to save money on shipping?

contact us to learn how much money you could be saving!

We use cookies on our website to give you the most relevant experience by remembering your preferences and repeat visits. By clicking “Accept”, you consent to the use of ALL the cookies.
Do not sell my personal information.
Cookie SettingsAccept
Manage consent

This website uses cookies to improve your experience while you navigate through the website. Out of these cookies, the cookies that are categorized as necessary are stored on your browser as they are essential for the working of basic functionalities of the website. We also use third-party cookies that help us analyze and understand how you use this website. These cookies will be stored in your browser only with your consent. You also have the option to opt-out of these cookies. But opting out of some of these cookies may have an effect on your browsing experience.
Necessary Always Enabled
Necessary cookies are absolutely essential for the website to function properly. This category only includes cookies that ensures basic functionalities and security features of the website. These cookies do not store any personal information.
Non-necessary
Any cookies that may not be particularly necessary for the website to function and is used specifically to collect user personal data via analytics, ads, other embedded contents are termed as non-necessary cookies. It is mandatory to procure user consent prior to running these cookies on your website.
SAVE & ACCEPT